This year’s edition of the famous World Series of Poker event was a resounding success. 2014 marked the 45th edition of this event, with WSOP taking center stage during the month of November. 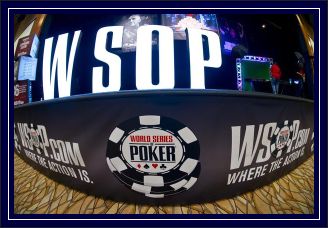 Even though most of the fan and media attention surrounds the November Nine WSOP event, there was a lot of action during the summer as well. From the end of May to the middle of July, some of the best players in the world competed for a shot at the WSOP title. Over 65 different bracelet events took place, with the $10,000 Hold’em Main Event being the star attraction in July.

Five different players managed to win over a million dollars at WSOP in 2014. The biggest winner from this year’s edition was Daniel Colman, who took home over $15 million at the “The Big One for One Drop” event. Martin Jacobson won $10 million for his fantastic performances during the November Nine Hold’em event.

John Hennigan, Hugo Pingray, and Jonathan Dimmig were the three other players whose prize money broke the $1 million barrier. Hennigan’s win came at The Poker Players Championship, while the other two claimed grand prizes at separate hold’em events.

Vanessa Selbst was the most successful woman at this year’s World Series of Poker, winning over $900,000 at the Mixed Max No Limit Hold’em. She beat out over 130 entrants to claim the top prize in this event.

The November Nine event in Las Vegas was a huge draw for fans. Televised coverage of the event attracted attention from all over the United States, with Martin Jacobson picking up his first ever WSOP win. Jacobson’s win was all the more remarkable due to his lack of chips at the start of November Nine. Jacobson started the event with only 7% of the chips, but he beat a star studded field to claim the trophy.