Poker is one of the most popular table games in the world and it’s played at land based casinos, online casinos and in private homes. While there are many poker tournaments worldwide, one stands out as the king of them all – the World Series of Poker. The WSOP is a series of tournaments that are held every year in Sin City. Each tournament winner receives a WSOP bracelet and prize money which is determined by the number of 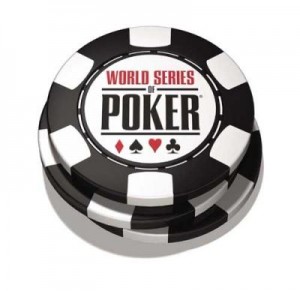 contestants. The last game played is the Main Event and the winner of this final table is judged to be the World Champion.

The tournament began in 1970 at the Horseshoe Casino, where owner Benny Binion organised a contest between about 30 of the best players at that time. Little did he know that it would grow into one of the biggest and most recognised poker tournaments in the world. The inaugural title went to Johnny Moss who was voted “best all-around player”. As the WSOP continues to grow in popularity, the number of contestants increase and so too does the prize money. In 2012 it was won by Greg Merson who walked away with the final pot which totalled $8 531 853.