A UK player has hit the largest jackpot ever to be won from a mobile slot machine. While playing the online casino game called Mega Moolah, the man won an incredible £3.7 million. Known by the name Gabriel L., the lucky player hit the jackpot while playing the Microgaming casino game on his mobile phone. Despite being a frequent player, Gabriel L. said that he simply couldn’t believe the win had happened while playing on his phone. 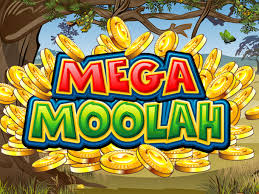 The CEO of Microgaming offered a statement of congratulations to Gabriel L., mentioning that he would make sure the player received all of his winnings immediately. He also remarked that he was proud such a large prize had been won on a Microgaming mobile product.

With 103 mobile games and new content arriving every month, Microgaming offers more choice than any other company in the online casino industry.Not only is Microgaming responsible for creating the world’s first online casino in 1994, they currently offer some of the world’s most popular online casinos. Casino UK, Maple Casino and Labrokes are just a few of the wildly popular gambling sites powered by Microgaming.

For those who want to try their luck on the same mobile slot machine that Gabriel L. used, Mega Moolah is also available for desktop computers. Players can choose to play directly from an Internet browser or download and install the casino software to their computer. In addition to offering the biggest online jackpots, Mega Moolah features a fun African safari theme. While viewing beautifully drawn cartoon animals lurking in the savanna, players may just win a jackpot big enough to buy their own zoo.