Participants in high stakes poker games are no strangers to taking risks. However, in a rather unusual turn of events in mid-July, one high stakes poker game resulted in higher stakes than anyone was betting on. In Texas, a group of card shark business men were gathered in the basement of a local store to engage in a high stakes game. The game proceeded as one would expect, with the players taking their turns, calling one another’s bluff, and placing their large bids on the table. However, the strange turn of events occurred when two masked robbers broke into the store and held up the party at gunpoint. The gunmen opened fire on the group, killing at least one participant and injuring several others. They then took the roughly $8,000 that was on the table in addition to the wallets of the dozen or so people that were on site, and fled. Police still have no leads in tracking these two suspects down. 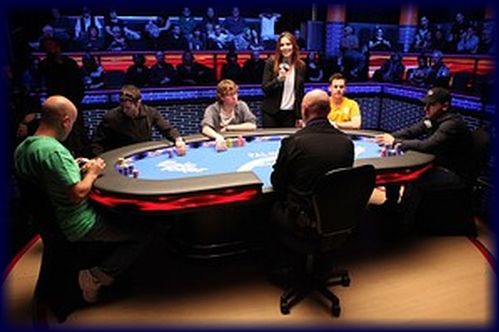 Some of the questions being raised have to do with the unusual nature of the robbery. How did the robbers, for instance, know that this game was taking place? Some theorized that they had accidentally stumbled upon the game, after breaking into the establishment to commit a burglary of the cash register. Others took a more sinister outlook, accusing one of the players of being an informant about when and where the game would take place. Others, on the more conservative side, residing in the community are raising questions about why such a game was taking place in the first place. There was clearly an air of discretion surrounding the game, and the volume of money in play seems to go well above and beyond that of a typical friendly Friday night poker game.

Many questions do still remain, and the detectives assigned to the case are working hard to find answers to them. There are many answers they’ll need to find, too, to put this unusual turn of events at an otherwise friendly card game to rest.